Warning: "continue" targeting switch is equivalent to "break". Did you mean to use "continue 2"? in /nfs/c06/h04/mnt/186330/domains/whatilearntthisweek.com/html/wp-content/plugins/revslider/includes/operations.class.php on line 2695

Warning: "continue" targeting switch is equivalent to "break". Did you mean to use "continue 2"? in /nfs/c06/h04/mnt/186330/domains/whatilearntthisweek.com/html/wp-content/plugins/revslider/includes/operations.class.php on line 2699

Warning: "continue" targeting switch is equivalent to "break". Did you mean to use "continue 2"? in /nfs/c06/h04/mnt/186330/domains/whatilearntthisweek.com/html/wp-content/plugins/revslider/includes/output.class.php on line 3581
 fail – What I Learnt This Week

August 22, 2017 #WhatILearntThisWeek, challenge, challenge yourself, fail, What I Learnt This Week, WILTW by cectimm 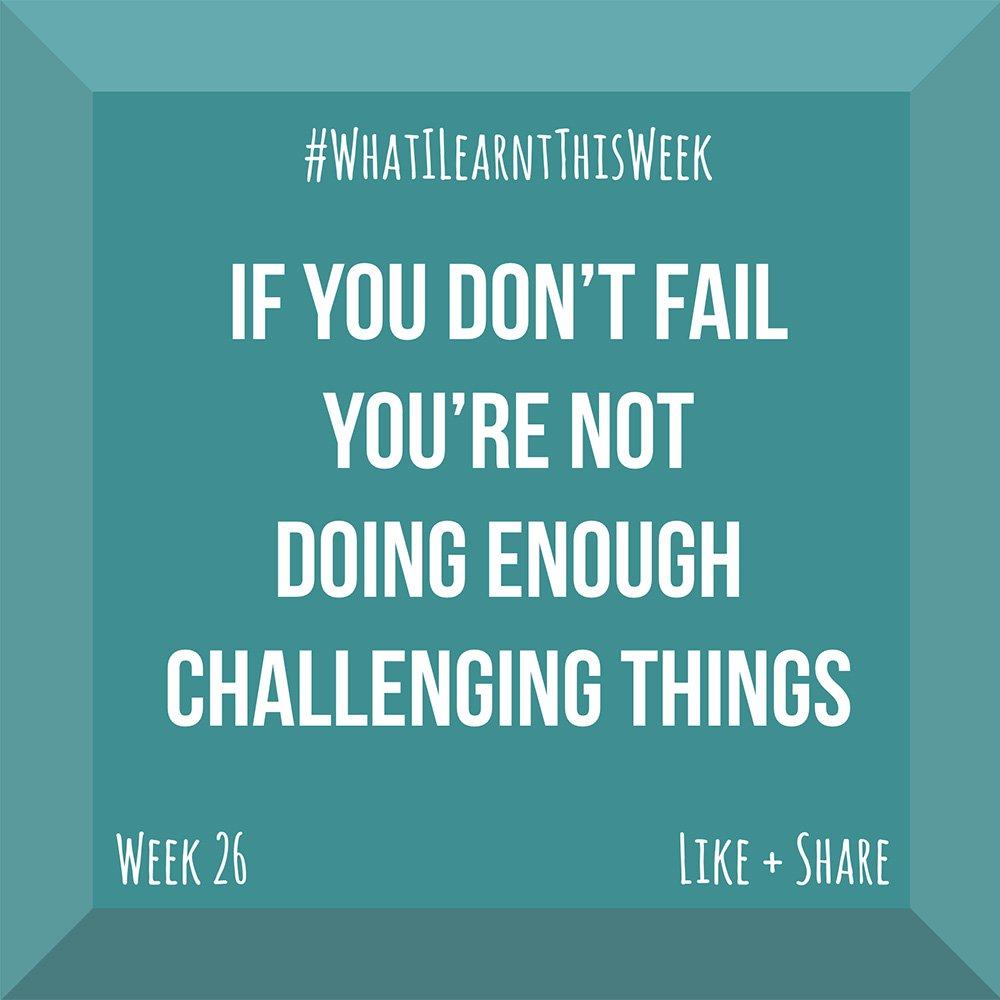 I have fallen victim to the perfectionist trap… many times. We can want so much to be perfect and to never fail that we can become trapped in a world of little to no change.

The truth is that if you never fail it means you’re not doing anything new or difficult. Wildly successful people haven’t succeeded by never making mistakes. On the contrary, they make many mistakes – big and small – but instead of letting their mistakes cripple them, they learn from them, grow and move on to the next mistake on the way to success.

Failure is not always a dead end. It can be a huge opportunity to learn. In fact, it’s often not until you have failed that you can figure out the right course of action to take. Look at Steve Jobs for example… he had some epic fails but they did not paralyse him… they energised him and he went on to be incredibly successful.

We need to become resilient to failure so that we can bounce back, learn and go on to thrive. We need to teach this resilience to children so that they can challenge themselves, grow and innovate.

Do something that scares you, be prepared to fail and then to go on and be awesome. The only people who don’t fail are losers who are happy to stay in the same place for eternity.