Warning: "continue" targeting switch is equivalent to "break". Did you mean to use "continue 2"? in /nfs/c06/h04/mnt/186330/domains/whatilearntthisweek.com/html/wp-content/plugins/revslider/includes/operations.class.php on line 2695

Warning: "continue" targeting switch is equivalent to "break". Did you mean to use "continue 2"? in /nfs/c06/h04/mnt/186330/domains/whatilearntthisweek.com/html/wp-content/plugins/revslider/includes/operations.class.php on line 2699

Warning: "continue" targeting switch is equivalent to "break". Did you mean to use "continue 2"? in /nfs/c06/h04/mnt/186330/domains/whatilearntthisweek.com/html/wp-content/plugins/revslider/includes/output.class.php on line 3581
 not all men – What I Learnt This Week

December 29, 2017 #WhatILearntThisWeek, all women, feminism, me too, not all men, What I Learnt This Week by cectimm 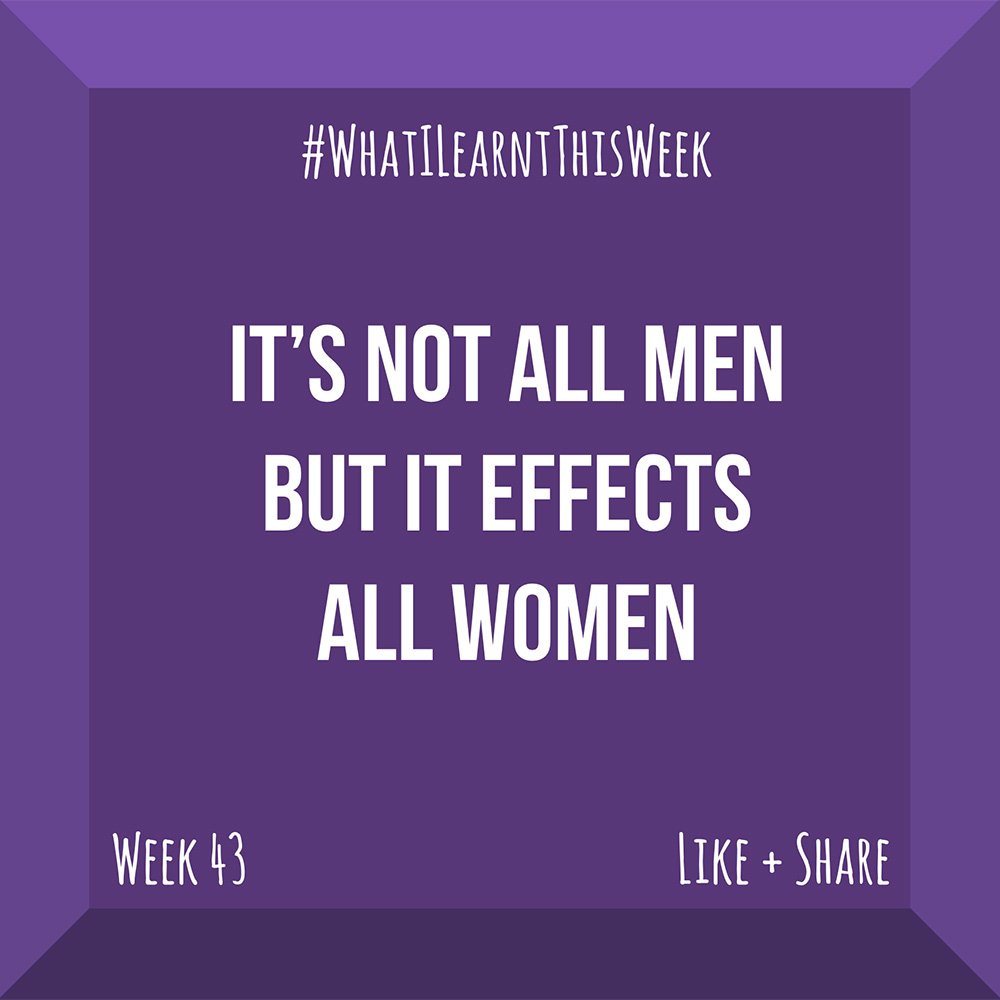 2017 has been an amazing year for women. It seems to be the first time in history that women – on mass – have been heard. The world is finally listening, despite the fact that roughly half of the world’s population are women.

The women’s marches that happened around the world, the outing of serial sexual predators and the rise of the Me Too discussion have elevated women’s rights and feminism to new heights and it is wonderful. It’s not the end of the road, rather it is just the beginning of a much larger conversation that, if continued, might lead to real and sustainable change.

I have however had a few interesting conversations with men who I had thought of as “woke”. Men who I love and admire and who I thought understood the issues women face on a daily basis.

At the end of the day, only women can really understand what women have been putting up with for decades. I was silly of me to assume that men would go out of their way to understand. Their lack of understanding does not mean that they don’t care, they are just not aware of the frequency of sexist bullshit the women in their lives are living with.

I do feel temporarily furious when a man gets defensive and says “yeah, but it’s not all men”. Yes, I know that you numpty, that’s why I’m talking to you about it. If I really thought you were a heartless dick then I wouldn’t be having this conversation with you, would I?

I resist the urge to slap these guys up the back of the head. Yes, we do know that it’s not all men that treat women terribly – consciously or subconsciously – but sadly every woman has been treated terribly on the basis of their gender. Every single woman and girl in this world will come up against sexism at some point – in different situations and in various degrees but at the end of the day, it is every woman.

So, to the men in our lives who love and respect us, when we are taking about women’s issues, we’re not actually talking about you. You don’t have to feel persecuted. If we thought you were a sexist fuck wit, we would not be having that particular conversation with you.